Early morning and the pork butts (4 of them) go on the smoker. 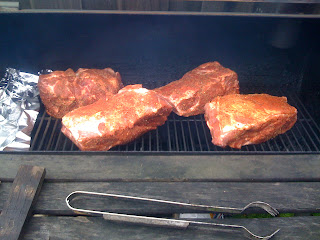 I like to use old barrels to smoke with. By the time we cut up a barrel, it’s about 9 years old. I put the cut up pieces with the wine section facing up so it creates a wine steam in the smoker. 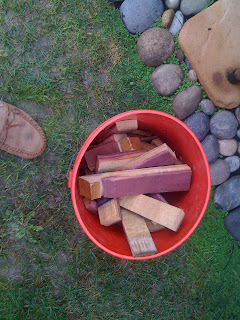 Getting the line up ready for everyone to arrive. A couple of the highlights we opened were a 2005 Sea Smoke Ten. The first bottle was corked, so we went to a back up. A 2004 Modus, 2005 Match Cabernet, Betz and Lewis Syrah, and a bottle of our 2006 Santa Cruz Mountains Cabernet. In all it looks like about 35 bottles where opened, including a late night run into the cellar for a 2003 Girardin Echezeaux.
There was also a fair amount of port, brandy and Scotch opened to go with cigars after dinner. 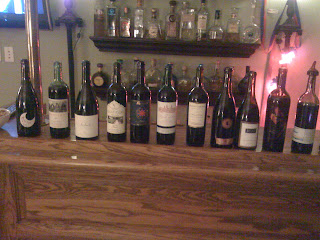 Stef ready for everyone to arrive. 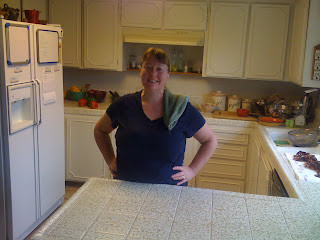 The pork hits the counter. I did 4 racks of ribs also, and there was pigs blood, pig’s ears, and bacon. About 35 pounds of pork total I’d guess. I’m having salad all day today! 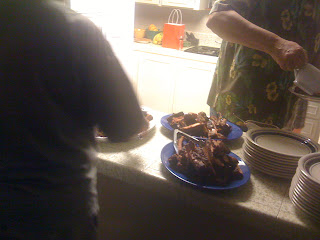 5 Responses to A Few Party Pictures