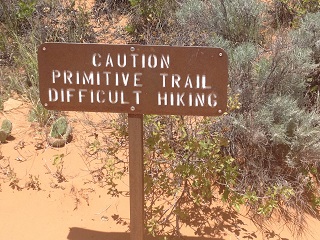 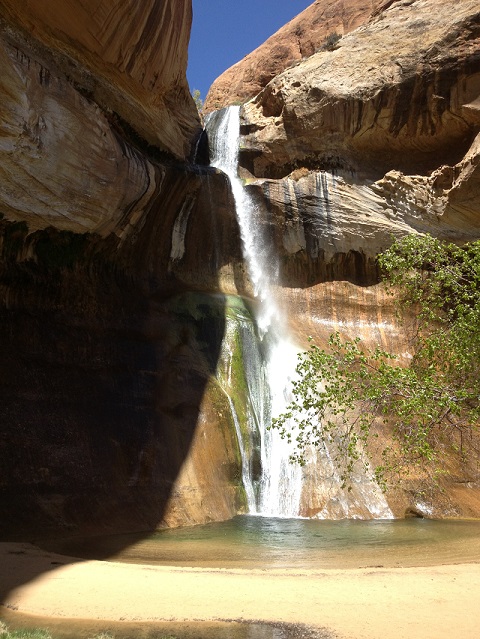 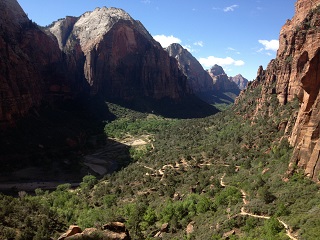 We left San Jose on a Thursday afternoon and spent the night between San Jose and Las Vegas.  Our first goal was St George Utah to spend the weekend with family there.  We loaded up the FJ Cruiser and packed in all our Primal food.  We were a little worried about finding non grain food in Southern Utah but it turned out to be pretty easy, especially inside the Parks.

Our first stop was the Valley of Fire out side of Las Vegas.  I really enjoyed it and we hiked for about 4 hours total.  We got lost once and had to use the GPS on Map My Walk to get us back to the car.  I really recommend this if the weather is right, especially if you’re like me and don’t really enjoy Vegas very much.

There were all kinds of great rock formations and tons of rock art in the park.  We were late for cocktail hour in St. George or I could have done 2 more hikes there easy!

After a great weekend with family we headed into Zion on Monday.  That’s Angel Landing below and we climbed that thing.  My day job actually called about 1/2 way up and wanted to know if I could get on a conference call.

A view of the trail and valley about 1/2 way up.

A good part of the hike includes climbing along chains.  My knuckles were banged up for a couple of weeks.

We also hike up the Narrow a bit and did the complete bus tour of the valley.  We spent the night just outside of the park and the next morning headed out towards Bryce Canyon with a stop to take a picture of Checkerboard Mesa along the way. 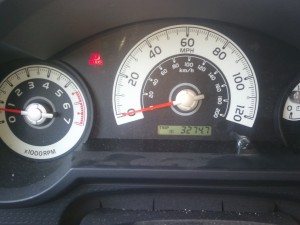 On July 3rd Stefania and I set out on short notice to Colorado for a family emergency.  We were gone a total ten days.  We made it to Denver in two days and celebrated the 4th of July at a V.F.W. post in Boulder, CO.

It was a very busy and stressful 10 days.  In all we covered 3275 miles on the trip driving I5 to I80 to I25.  We also had a day we had to drive into the high country in Colorado to the Collegiate Peaks area.

It took us longer to get home.  We were both pretty tired and did shorter lengths through Utah and Nevada.  We arrived home Tuesday afternoon and were back to work on Wednesday.  We are a few days behind in emails and of course haven’t been doing any blogs.

I do have a few lined up though and will be writing soon about an upcoming event in Las Vegas, provide an update on distribution and some thoughts on this years odd weather.  Look for those over the next few days.