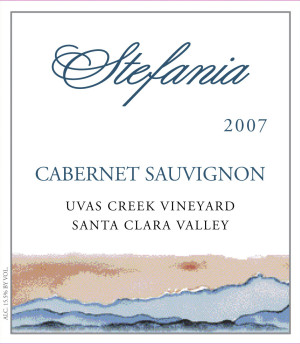 We have a new release coming out this week.  Letters are in the mail.  If you don’t get one let us know.  We have three wines we’re releasing.

We harvested on 9/22 and sorted it in the field before transport to the winery. The grapes were 100% destemmed and crushed into 2 bins for fermentation on native yeast. The bins were moved inside the winery and punched down twice per day. We followed our normal pressing and settling routine and the wine aged in 2/3 new oak for 21 months.

The wine is typical Crimson Clover Vineyard with expressive black and plum fruit framed with spice and floral notes. There are notes of mocha and blackberry on the finish and round tannins. We expect this wine to age very well. Alcohol 13.7%

Our second year of Mourvedre fruit from Spur Ranch. Paul had so much fun with the Latin quote on our first Mourvedre that he had to keep the tradition up. This one is about a 3rd century emperor. We had the chance to use whole berries in the fermentation process in 2012 and combined that with 40% new oak for a very round and flavorful Mourvedre.

The wine has everything someone who could defeat the Alamanni, Goths, Vandals, Juthungi, Sarmatians, and Carpi could want. There’s plenty of dark wild fruit to power you on to crush the Palmyrene Empire and Gallic Empire as well. Alcohol 14.4%

We continued retraining to the Guyot method in the vineyard based on the experiments we had done in 2012.  The results were excellent and on 9/14 we harvested 143 bins or 4290 pounds and pressed the must whole cluster in one pressing. The must was transferred to a chilled tank for settling off the gross lees. Brix was 23 with pH 3.36 and TA .82. On 9/15 the wine was transferred off its gross lees into a chilled tank inside and inoculated with QA-23 yeast and yeast food. We maintained temperatures under 65 degrees during tank fermentation but did not super chill the must before transfer.

The wine showed excellent chemistry and we decided to bottle with out fining or filtration. The wine will appear slightly cloudy in glass but is full of ripe fruit and wonderful crispness. Stefania loves this Chardonnay and it’s her favorite we’ve made. There is just 20% new oak and the stone fruit flavors really shine in this wine. Alcohol 13.7%

Anything that does not sell out in from the mailer we will add to the website in mid-April.